You are reading this prediction and advice here first, breaking news from the heart of America, Shawnee Ks. at 8:41pm Sat. Feb. 13, 2016: 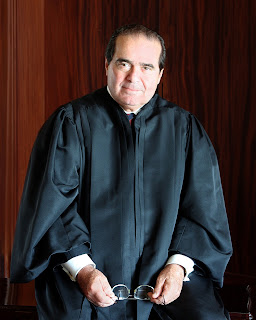 If he's smart, President Obama nominates himself, immediately, to be ratified by the US Senate to replace the late (and still lukewarm) Justice Antonin Scalia.

He does this because: he is young, needs something to do the rest of his life, and because he can.  Come on, read the list that USA Today just posted, (end of this post) of 10 other possibles.  They are virtual nobodies.

Appointing any of them is a recipe for disaster.  It invites a frozen Senate, waiting out the election.

The only way to ram thru an appointment and confirmation is for Obama to nominate himself. 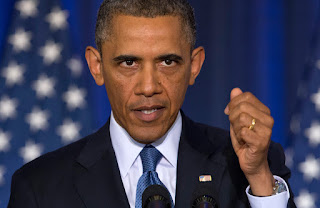 Obama would not resign until the Senate confirms him.  Vice President Joe Biden would then automatically become the President.  He would also go to the Democratic convention this summer, and seek his first FULL term.

Biden's calculus has changed.  He was way behind, in the process--when he chose not to file originally.  What a difference a day makes... 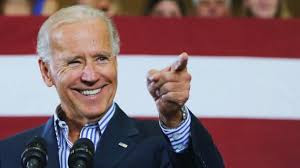 The Senate would approve Obama because even the Republicans would prefer Joe Biden to Hillary Clinton.  And the Dems would confirm Obama because he's qualified (he was a Constitutional law professor before he became President.)  Whether you like him or not (and I don't) he does have the resume and more importantly--think about it.  count the votes.  Obama can twist arms on any number of issues to ensure he has the votes...and gets confirmed this summer. 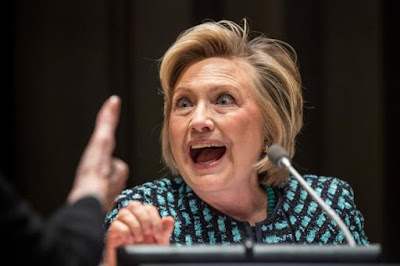 The losers would be Hillary...and Bernie Sanders.  Now Hillary MIGHT accept being Vice President, figuring that Biden might die in office.  Or she'd just go home and be a grandma.

The Democratic Party got a big win today with the death of Scalia.  Nobody saw that coming.  They had been campaigning on the assumption that up to three justices might be expected to die in the next eight years, AFTER the Presidential election.  But Scalia was not on that list of justices who were older and in frail health.  He died in his sleep. Of natural causes, during a hunting trip. 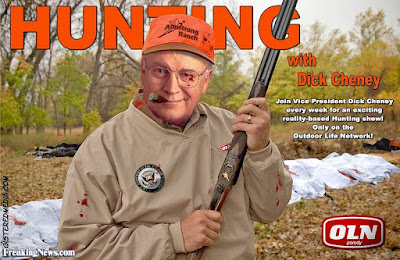 Tho they have hunted together, previously, former Vice President Dick Cheney was nowhere near Scalia on this trip!!!

Had he been able to make a choice, I'm betting that as a VERY conservative Republican, the late Justice Scalia would not have chosen Feb. 13th to take the exit lane while the Democratic President could name the nominees to replace him.

In basketball that's called a three-pointer.  Or a slam dunk.

WASHINGTON — Who could replace Supreme Court  if Republicans don't block all of 's nominees, as appears likely? Here are 10 possibilities:
: The 48-year-old federal appeals court judge was confirmed unanimously in 2013 for a seat on the  for the  — a traditional stepping-stone to the Supreme Court. He would be the court's first Indian-American justice.


Sri Srinivasan: Supreme Court justice in the making?
: Srinivasan's 52-year-old colleague on the D.C. Circuit is popular in both parties and is frequently mentioned as a possible candidate. She argued 32 cases before the Supreme Court as an advocate.
: At 63, Garland is older than most nominees, since presidents want their choices to stick around for decades on the bench. He is a moderate who serves as chief judge on the D.C. Circuit court and could be a compromise choice.
: California's attorney general, 51, could be another leading candidate. She has the added luster of holding political office, a life experience that is sorely lacking on the Supreme Court. She's currently running for the U.S. Senate seat of retiring .
: The former governor of Massachusetts, 59, is a close friend of the president who served in the Justice Department during 's administration.
: If the Senate would be less inclined to block one of its own, the senior senator from Minnesota, 55, might be someone Obama would consider.
Sheldon Whitehouse: See "Senate" above. Whitehouse, 60, the junior senator from Rhode Island, is a former attorney general of Rhode Island and U.S. attorney with strong credentials.
: He was Obama's choice for a seat on the U.S. Court of Appeals for the  in 2010, but Republicans blocked his nomination, making him a less likely choice now. At 45, he sits on the .
: A judge on the U.S. Court of Appeals for the 9th Circuit, Watford, 48, is another Obama nominee with a potentially stellar future.
: She is a 51-year-old judge on the U.S. Court of Appeals for the  who was a career public defender. From Iowa, she has enjoyed the prior support of Republican , who heads the .
More on the death of Justice Scalia:

For a related story, about the effect of Scalia's untimely death, and the new likelihood that Missouri's Justice Clarence Thomas will have to actually write some dissenting opinions, see www.KcmoPost.com

Email ThisBlogThis!Share to TwitterShare to FacebookShare to Pinterest
Labels: Bernie Sanders out as candidate for President, brokered Democratic convention, Hillary Clinton out, Joe Biden as next President, President Obama as Supreme Court Justice, Replacement for Scalia