A dangerous man is trying to sneak into Congress from southern Johnson County--on a kneejerk strategy to Vote Out All Incumbents.

Don't have time to read the attached 170 page investigative report on Greg Goode before the Aug. 2nd R. primary?  Read this summary before you vote.  And unlike Missouri, at least in Kansas you can vote in advance, without lying about a disability or travel:  https://www.jocoelection.org/voters/AdvanceVoting.htm 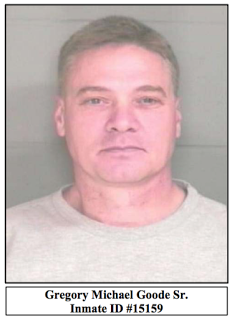 2.) Blames his ex-spouse's reporting his crimes for putting him in "trouble" with the Army.  Note: as he says on p.53 to the Leavenworth cops, "We've been married {to one another!} 4x, and it never seems to work out!"  Duh. He worries his history of domestic violence might cost him his job (it should!) and firearm, (it could)!  Then THREATENS his spouse for her pursuit of domestic violence charges lest it impact future child support payments.

3.) Police were called to "no-good-Goode's" home NUMEROUS times to deal with his outbursts.  This is the profile of a man who can grab a gun at any time.  Do you want him shooting up the halls of Congress if he is thwarted?

4.) "No-good-Goode's" erratic behavior + belligerence placed him under multiple and long-standing no-contact orders from the District Court prohibiting Greg Goode from visiting his children for YEARS after his family separation.  His repeated violations of the no-contact orders had him officially held in contempt of court  fined + sanctioned by the District court judge.

5.) "No-good-Goode" represents himself in court: that's troubling in itself.         A red flag to any judge.  Demonstrates distrust for the rule of law.  (Also a problem for someone running for Congress.)  Greg Goode's personality and behavior were so troubling to the court that the District court judge mandated that he undergo psychiatric evaluation.  (Not just psychological.)
6.) Greg Goode only registered as a Republican three years ago.  Now he wants to lead the country?  He is running in the R. primary against Kevin Yoder, a member of the powerful House Appropriations Committee, the ONLY conservative to win re-election in the history of Kansas' third congressional district.

7.) Finally, Greg Goode's own DAUGHTER testified in court he was a bad influence on his AUTISTIC SON.  This "man" FORCED his autistic SON to walk down a highway to get back to his mother.  That's sick.

And if you're wondering how a dangerous unqualified schmuck like this gets supported for high elective office, by sleeping with Sam Brownback's crazy cousin, Charlotte O'Hara, the "Queen of Gallop-polling Ambition", please read the companion post, on our sister site, www.KcmoPost.com.
at 6:39 PM No comments: