Shawnee's Mayor, "Nervous Nell" Michelle Distler so paranoid, she fears councilman calling in remotely could be an imposter

Ever since she quit the Republican party last spring, (after a lifetime), Shawnee's recently re-elected mayor, Michelle "Nervous Nell" Distler has been consumed with more conspiracy theories and paranoid suspicions than Adam Schiff. 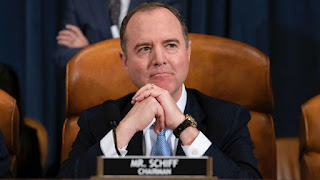 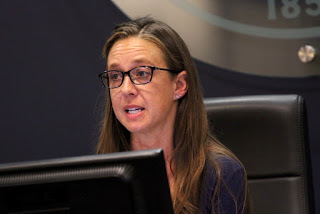 Most recently, at the Jan. 27, 2019 City Council meeting, Nervous Nell Michelle tossed out an unseconded idea, that the city should cancel remote participation by absent council members--(utilized very infrequently in case of illness or being out of town) --because "some citizen phoned her" and questioned, "How do we know that is the real elected official?   Maybe someone else is calling in and voting!"


Ya know, the council member logs in via the city clerk before the meeting.  One imagines the clerk could ask them their DOB and social security number, same as every credit card, bank, or transactional app in America.  Alternatively, maybe we could have a Secret Song to go with a Secret Grip, like my ex-husband did when he was president of SAE fraternity at Wichita State.

Nervous Nell also floated the idea that unlike all the other major cities in Joco, remote participation should no longer be allowed--because just "ONE of her supporters stated the audio quality was not satisfactory."

Picky, nit picky.  God forbid, the staff of 313 well paid city employees, with their 35% bundle of  added pensions, cars, phones, and insurance benefits,  could not address that.

Next, Mayor Distler yelled at a citizen, speaking during the allowed Business from the Floor, and quoting an excerpt from Policy Statement 7, II 1a, that "it is the City Manager, (not the mayor) who sets the agenda."

Nervous Nell is a bundle of anxieties, for fear that she would have to do her job.  Break a tie.  Rather than table mandated elections of council president. at the first meeting of the year.  Like she did, in the middle of proceedings. Absent any nominating speeches.  Or a request to try again.  Rather than break the tie, she just up and tabled it.  Which is not her legal authority.

During  Distler's first term, the liberal socialists had 6 votes.  The fiscal conservatives had 2 votes.  So the mayor never once had to break a tie,.  In four years.  Now, following the disastrous failure of the city's unwanted $54 million community center, by a turnout of 46% of all registered voters, by a resounding 72% no, the fiscal conservatives ran for office and now hold 4 of 8 council seats.

There will likely be several 4/4 ties.  Rather than upend and rewrite all the longstanding rules, including Council Ordinance 45 and Policy Statement 7, to rescue her from the pressure of making a decision and not being Miss Popular with the in crowd in their McMansions, Distler just needs to Do.Her.Job.

Caroline Myss (author of Archetypes, and Sacred Circles) would say that "Nervous Nell" Michelle Distler's  predominant archetype is Damsel in Distress.  And Victim.  Volunteers who quit grew tired of her crying uncontrollably as they drove her to campaign door to door.  Her major financial donors  quit writing checks.  Long time supporters for up to three decades describe her as whining to anyone who will listen---to her litany of unlikely-to-occur concerns.

Residents are already tired of Distler's mayoral overreach and machinations.  True, she won by a large margin.  Perhaps because her opponent, Stephanie Meyer, (the champion of 'Meyer-Lago',  the hugely failed community center) was an overbearing socialist. 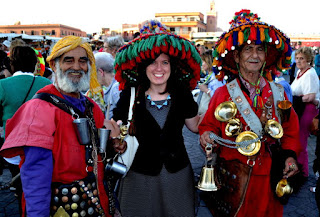 Last Monday, council members debated the legal rescue of Mayor Damsel, tweaking the rules for electing their chairman.  They agreed this might take a few weeks,.  But what did Distler ask?  "What if it takes until June? "  She generally paints a negative objection.  The worst case scenario.

One imagines that if you have close secret relationships with members of your city's Public Safety staff, (whose budget you control), one could get in the habit of expecting the worst possible outcomes or situations.  Hey, that is the mindset, the default mental setting, of men whose job is public safety.

Famed politico who elected Mayor Charles Wheeler, Jerry Jette, used to illustrate paranoic concerns by saying, "What if the President married a gorilla?  That COULD happen...."