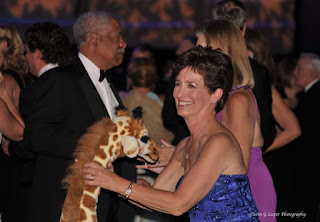 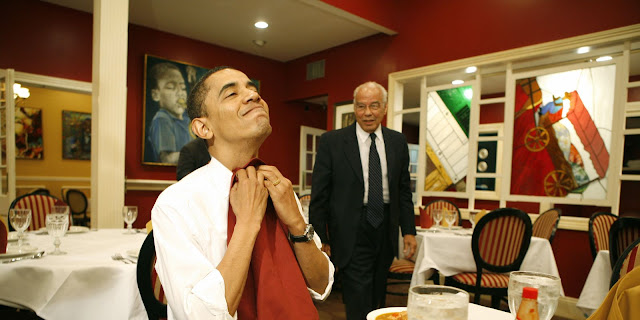 Before you shop for Xmas, peek at your new JoCo property tax statement: Comm. Steve Klika broke his promise, and just cost you $48 every year for life.

You could have bought a loved one a decent gift for around $48 this Christmas.  And every year thereafter.  But instead, by one vote, you are forced to pay the County to cover Steve Klika's sellout and failed job search.

This is what happens when unemployable men of low integrity get into office.  They break their campaign promises.  They sell us out, to pay off their pimp--by spending Other People's Money.  So three years ago, Steve Klika of southern Overland Park had failed once again in his career. 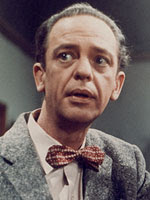 Untrained and with a whiny cloying personality hauntingly reminiscent of Barney Fife, Klika was let go from his 18 month job as an executive headhunter.  (But lied about it on campaign disclosure forms for 3 years.) This followed his previous job loss, running tour busses to Branson.  Not a college grad, he sure didn't want to lose his house in the Blue Valley school district.  He was desperate to feed his three kids and his very young wife, Amber.  As her boss at KC Agenda described her to me last summer, "Amber works just part time,  as one of our Party Girls--entertaining men at conventions at hotels in downtown KCMO."

So Klika ran to replace former Kansas City Chief, County Commissioner Dave Lindstrom, who went back to real estate.  Klika's opponent, Terry Presta, was a conservative Republican, who ended up with a job in Topeka running the Lottery.

How did Klika beat his opponent, a known and trusted conservative in that district of southern OP?  In the opinion of many, as documented in print, Steve Klika lied to the voters.  He POSED as a conservative.   At every campaign stop, he made a pledge: "I will not vote for ANY tax increases until we do our job and finally rebuild the outdated Johnson County Courthouse."

But two weeks after he was sworn in, he took off the mask.  Klika broke his promise, for the first of three times.  He became the swing vote for the worst real estate project in JoCo history, the King Louie bailout.  The $400,000 building the county bought from Eilert's supporter and future Sunflower landfill development partner, Kessinger Hunter--where Lindstrom has worked.  Klika poured $4.5 million into moldy King Louie in his first month as a commissioner.  By law that money should have been the seller's responsibility for asbestos abatement and buttoning up the building that had been just two weeks away from condemnation.

After that, Klika was the swing vote that poured even more tax money into King Louie.  A total of $32 million.  In a s shady financing scheme that pays much higher interest rates, and is reserved only for wealthy bond investors.  For an unnecessary community center seven blocks away from a far better community center operated by Overland Park, Matt Ross Center.

How did Chairman Ed Eilert get Klika's vote?  Well, many believe he promised the pathetic over-the-hill guy a job.  Which didn't pan out.  But Eilert got his vote.  During the same months as the King Louie votes, Eilert was backing Klika for the job of Director of the ATA.  After all, he had run a tour bus company worth less than $1 million.  Why not a five county bus company worth seventy times that in annual tax subsidies?  What's a few zeroes among friends?  All Klika had to do was sell out the taxpayers.

The professional headhunters for the ATA checked out Klika's declining career path and fuzzy dates on his resume.  The ATA had already banked Eilert's half a million annual subsidy of the newly reunited metro bus company.  They didn't need the dead weight of a weak manager in Klika.  So, the ATA chose Joe Reardon, the seasoned, scrappy guy from KCK instead.

Klika hung his head like Eyeore the Mule.  (oh alright, if you insist...) 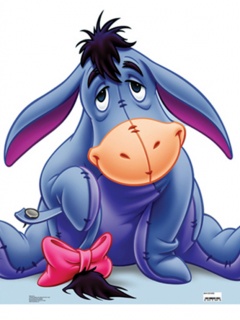 Now he had no new daytime big boy job.  Since then, he has remained totally dependent on his $65,000 a year one day a week Thursday job as Eilert's boy, his swing vote.  One of seven JoCo commissioners on the BOCC/Board of County Commissioners.  Now, for the record, Klika a neighbor in Blue Valley have started a new headhunter business--but that has never taken off.  Doesn't have a web site, an office or a phone.

So this is how politics works.  You pay off your supporters with sweet contracts. 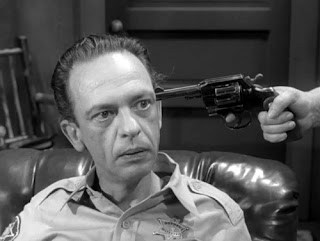 This is how a one vote margin cost the average JoCo homeowner $48 a year, every year, in property tax increases.

The BOCC is seven men who meet during the day, instead of at night, like they used to.
2015 was an "off year" for elections...so this was the year that Eilert could still count on four votes he controlled, to the three conservatives he did not control.

There is no newspaper coverage of county business.
And the TV stations are busy covering crime in KCMO.
Their reporters must leave bread crumbs or plug into GoogleMaps just to find the county offices in Olathe.  And how do you tell a story in 45 seconds?  You can't.

So Klika is the big traitor.  But who are the other three men who love to spend Other People's Money?

Ed Eilert:
In 2014, Chairman Ed Eilert defeated challenger crazy lazy Patricia Lightner, the worst campaigner and debater in JoCo history.  He's on his final victory lap, and will likely set himself up to work for some of the real estate barons that he has enriched over the years.  So he votes for everything that enriches Overland Park, including King Louie.  And to keep the money flowing to moderate OP, Eilert votes against anything that would, by law, be required to be build in conservative Olathe, including a new Courthouse.

Commissioner Ron Shaffer:
Former mayor of PV, beat Mission's former mayor, Laura McConwell. So how did he bring home the bacon to his liberal Dem voters?   Shaffer voted for King Louie, AND then immediately for Meadowbrook --the park department giveaway of a FREE community center for the voters in Prairie Village.  (The county took the hit for the city of PV.  And kept the worst half of the land, leaving the better half to a car dealer turned developer: VanTrust Foundation.)

Commissioner Jim Allen, former mayor of Shawnee, with 7,117 loyal State Farm clients, also voted for King Louie.  And Meadowbrook.  And the third leg of political pork: the Parks&Rec and Library mill levy increases as well.  So-- what did Shawnee get?  Bupkiss.  Losing a museum.  No new funds for crumbling streets.  And just $1.3 million for a study to fix the stupid Monticello "RedBox" lending kiosk that never works.  (I know.  It doesn't take that kinda money to "study" this.)

But Allen had to get something for his vote: the other half of Allen's District #2 is Lenexa.  And they got a second free library.  Allen voted with the Eilert Cabal to raise property taxes for not just Parks and Rec, but also the Library board.  Lenexa is building a new city center, on dangerous unstable land that was dynamited by Shawn O'Rourke's cave storage company, 20 years ago near 97th and Renner.  Hence, lots of buildings no taller than two stories, so they don't fall down, go boom.  But instead of that city paying to build themselves a second unneeded library, (in an era of Google and Wikipedia) Lenexa got the county to build them a second full sized one for free.

The difference between Shaffer and Allen and Klika?
Only Steve Klika campaigned on a promise of no new taxes.
Just remember that in the August 2016 primary and the August 2016 general election.

You could have bought your loved one something nice this Christmas.  But instead, Steve Klika sold you out perpetually, in a year with no election.  He's hoping you're too stupid to remember.  Let's find someone, a true conservative in southern Overland Park to replace him.

Editor's note: Ten days ago, the BOCC finally voted to "study" building a new courthouse.  Not build it.  Just study it!
at 1:54 AM 1 comment: