Guest reviewer (Hollywood and theatre expert) Bill Doty says $178 ticket to see Josh Groban & Sarah McLachlan at Starlight was over the full moon worth it.

Sarah McLachlan, the Arms of the Angel singer  (sorry it's a fuzzy image!)

My celebrated and worldly friend, Bill Doty, is the only man I know who saw "Les Mis" on Broadway (not Theatre League) 21 times, and paid for each ticket.  He has returned to PV from his careers in Hollywood (publicist for Merv Griffin Show for years) and his second act, National Archives, and is now a playwright, "Children of the April Rain", about the airlift of the Vietnam orphan babies...which is having its 8th reading in the NYC area in September.   Last night, Doty went to Starlight Theatre to see and hear Josh Groban's concert with Sarah McLachlan.  Here is his review.

Incomparable.  Irishman, Foy Vance got cheering approval from the all but sold out audience (all upscale parking was sold out – we had to enter from the west and park on the grass);

Sarah McLachlan is gorgeous beyond belief, composes brilliantly, plays (I counted) four instruments at least and sings like an angel.

That description was used again for Josh Groban by the bully who punched him out in school!

Vance opened, McLachlan began the show – and then Mr. Groban did an entire show after the Intermission.  I knew he would be the best, but even that was doubled or tripled.  The stage was set in black with his six chandeliers – (“Oh, here comes Josh with his six chandeliers!”) but then the shock of the entire stage, lights on, profusely – alive with a full upstage screen and otherworldly projections – clouds wafting by a full moon, a multi-era scrapbook of paintings, objective and abstract – perfectly timed.

Wham – Josh, dressed in black jeans as though he’d just happened by (and participated in everything on stage, including a drum solo) and the reveal – The Kansas City Festival Orchestra and charts that would make history – (supported by Webster University Chamber Singers),  thundering accompaniments, the orchestra challenging Groban, in songs from musicals, tunes in French and Portuguese, duets with his openers (a “Bridge Over Troubled Water” with Irish rocker Foy Vance that would make us forget SM&JG); a ballad with McLachlan – a once  in anytime pairing of legendary voices.

Throughout,  Groban would approach the inevitable scary high note – shave it just a little (appearing to have substituted a modulation/change to cover a lurking inability to make the impossible reach) and then he would soar higher!

I’ve seen “Les Mis...” 21 times and Groban’s “Bring Him Home” was better than any – ever.  Nobody dares to sing “Over the Rainbow” in the wake of Garland – yet--he announced that he had “a cold beer and burnt ends waiting on the bus” and then stopped the show with it.

Critics must be reserved and even the Star went crazy (for them)!  This was a theatre show, an international show, and a debut of a ballad from his upcoming Broadway debut.

As classy as classy could be.
I’ll skip seeing a few local shows until I’ve recovered financially from investing $178!  It was worth it.
--Bill Doty

The secret purpose of this Verruckt waterslide was corporate:
to serve as a landmark:
a free giant outdoor billboard.
Then it decapitated a little boy.
Which reporters refused to report.
Afraid of losing a giant advertiser's budget.
Now it needs to be torn down.
I just watched KCPT's Week in Review, thanks Tony for the easy link (below). The Star columnist Mary Sanchez is maddeningly lacking good reasoning skills.  She even pretends she lives in Kansas, with her use of the universal "We".  Please!  Don't move here, Mary!  Sanchez uses weasel words and disingenuous, weak excuses to defend her clueless Stepford Wife opinions. She just doesn't get it, does she?
All three of the guests, (Sanchez, Wagar and Kraske) had clearly drunk the Koolaid from their bosses and the ad managers at their workplaces. So they all pretended they were just being "sensitive" in refusing to inform the public of WHAT happened at Schlitterbahn. Follow the money, Tonys readers and JocoPost readers! Local TV and Star management sold out their journalistic integrity.  They refused to say THE D WORD: decapitation, FOR FEAR OF LOSING AD REVENUES, should Schlitterbahn survive this.Then pretended it was driven by "parents with kids".
Huzzah to Nick Haines, host, for saying it. But note, he had to say it first!
He played a TV news clip where an irresponsible Dad claimed, "We GOTTA have fun!" Actually, Dad, no you don't gotta. And if your own kids KNEW you were taking them to a business so lax in design and staff training that they too could be decapitated, those kids might not have gotten in the car with you. Kids are smarter than their parents many times. Shitty thrill-obsessed Dad--thinking he is teaching his kids to be fearless? They should fear for their lives...
Fox 4's Linda Wagar is a good reporter, (and blessedly middle-aged--such a novelty!). Just handcuffed by her financially-driven bosses. Schlitterbahn is a large large advertiser! She did point out that inspections are currently just someone with a clipboard "riding down the slide once".
What she doesn't say is the point I've been making: It's the DESIGN of the channel, not just the raft! The physics of the too sleep second slope that causes going airborne--especially if the passengers are not loaded properly--front-loaded for weight. Or secured, with better than Velcro straps.
Verruckt is a design failure. Just like the Hyatt was, 35 years ago. Only without a net that acted like a egg slicer, once bodies were propelled airborne into the net. With that stupid net, Verruckt engineers created a monster ride. It will be taken down. Tho before they do, send the engineers and their kids down, during the testing for the lawsuits where they try to defend their fatally flawed designs.
Just like after the Hyatt. Even after Wayne Lischka, the celebrated engineer who demonstrated to them, what they did wrong--AND HOW THEY SHOULD HAVE OR COULD HAVE DONE IT INSTEAD, there was NO WAY they could rebuild the suspended skywalks. The only way they could stay in business and keep that business and building open was to remove the skywalk design entirely.
Watch Ch 19's Week in Review, Nick Haines interviews three sellout TV & Star staffers using weasel words

Verruckt, the landmark Evil Knievel visual at Schlitterbahn will be torn down. Before the out of court hush money settlements even. You read it first, on my comment today on Tonyskansascity.com.

I did appreciate Steve Kraske from the STAR pointing out the illegal gift from Schlitterbahn to the Kansas legislators that day: Gifts are capped at $100.  Well, it costs $52.98 for ONE online adult pass.  $40.98 for kids under 12, like Caleb Schwab.  So any legislator and spouse, even without any kids, was well over the limit.  And that's not counting the free food and drinks and gifts. 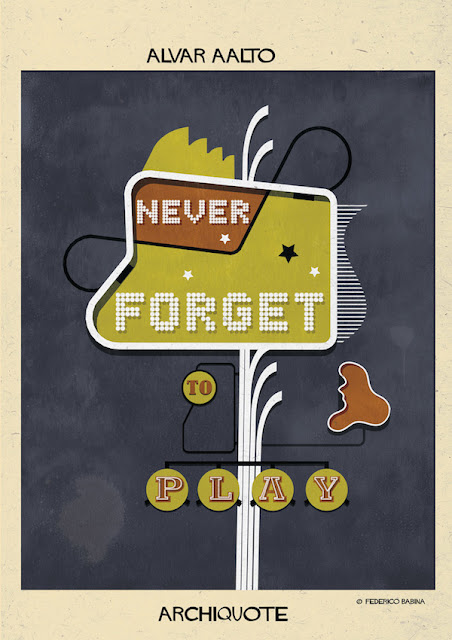 Note: due to a programming link error, until someone can figure out how to fix it on Blogger.com, you must go to the actual entire website, to subscribe:
www.JocoPost.com
Same for our sister site:
www.KcmoPost.com

Guest editorial by Roger Peugeot, aka Roger the Plumber


Legendary Johnson County leader Ben Craig died this week.  The STAR did a great profile of him, which is attached at the end.

Here's my takeaway:
When a sensational leader dies, many may lament, "They don't make them like Ben any more.  Who will take his place?"

To me, that's a copout.  What was the whole point?  Did we learn nothing? Everyone of us can take smaller steps that make a difference in having a livable community.

Let's not park our past in our future--
or the present.

If you have a good idea--do something today about it.  Phone someone.  Have a cup of coffee, like Ben Craig often did.  Praise someone.  Encourage someone.  Write a small check or volunteer an evening or weekend day to support SOMETHING you believe in.

The other thing I'd say is:  Show up.  That's a huge lesson from Ben Craig.

He belonged to Rotary.  This was something I wish I'd done, but my emergency line of work called me away to someone's home so often that I didn't have lunch on time or had to skip it entirely about 2/3 of every day of my 60+ year career.

Rotarians are big on JUST SHOWING UP to their weekly meetings!  No excuses.  It's a practice that they promote, because it leads to so many other qualities that get things done in your town.  Well, Ben Craig had a perfect attendance record for 49 straight YEARS.  Not weeks, years!

The Rotarians do allow make-up sessions at other chapters within the week if you must miss.  (Kind of like twelve step groups.  You are your word because you are then called upon to be extraordinary by going to visit another chapter's meeting to KEEP YOUR COMMITMENT.)

Now Ben Craig was playing for 50 years of perfect attendance.  Who wouldn't?!  So it was with a heavy heart that he came down with pancreatic cancer, and was given just 4 weeks to live.  Ben got into action, before he went to hospice.  He visited every civic group where he served on a board--to say goodbye!!!  Isn't that neat?  He got the chance to say goodbye, and he took it.  I was there when he bid adieu to our Overland Park Historical Society.

And of course, when word got out that Ben was coming to his Overland Park Rotary chapter meeting, phones were busy calling every last member to show up to say goodbye to perhaps their greatest, most productive member ever.  The room at the Marriott was overflowing.  And so were the tears.

Sure, it's sad when a loved and respected one dies.  But without death, without a deadline, many good things would not get acknowledged.  We all die.  Getting to say goodbye ahead of time is a bonus.

We live in a little heaven on Earth called Johnson County.  Men (and women) like Ben Craig made it that way.  By showing up.  And doing the right things.

Rest in peace, Ben.  You made a difference and will not be forgotten.  You ran far ahead of most in the race.  And we continue...one step at a time.