Thank you, Sly James! Your ill-reasoned plan to pay $15/hour minimum wage across MO will boost JoCo and save the KS economy!

Hosannas and praise to Sly James, Mayor of Kansas City, Missouri.  You are doing MORE with your left-handed bungling than even Kansas Governor Sam Brownback thinks he is, to support the stalled economy in Johnson County, Kansas!!!

Sly James commenced his second term in August, kissing up to a local push from an organizing group of people all wearing red T-shirts to raise the minimum wage, just in KCMO, to $15 an hour.
Sly loves anything in a red shirt.  Just like he donned a red KCMO Firefighters button down shirt the night that JJ's Restaurant exploded and killed a worker--the night the KCMO firefighters drove away without turning off the gas leak, themselves, claiming (with a perhaps falsified FAX), that was somehow justified or prudent, because of some goofball policy that the "gas company had it covered"...no need for the Fire Department to actually do their tax-supported job. 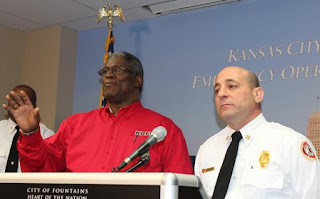 So Mr. Big Red Jacket, we all know you love being on the news.  And so you supported the $15 an hour organizers, as well.  You made the news.

But that puzzled me.  Because Mayor James has a day job, as a lawyer.  It is illegal in Missouri for a city to pass a law controlling the minimum wage.  It must be a statewide thang.  So shouldn't he know better?

But oh well.  Details are not Sly's thang.  Like how to build a hotel downtown, without violating securities law, because your secret research report told you and the council that it won't pay for itself.
As of August 29,2015, the City of KCMO is claiming they don't have to release the secret research report, "because it was embedded and bundled inside a request for a sealed bid".  So even tho the taxpayers PAID for the report, they can't see it.  Details.  "It's a secret!"   (More on that soon.)

Another pesky detail this week:  Sly James now is scheming to borrow money from the Zoo Bond Fund to pay for a completely different project.  Might that be the same downtown hotel?  But wait.  The ballot issue promised the taxpayers when they voted for the penguins that the money would only go to the Zoo?  Details.

So when I read that Sly was grandstanding for the $15 an hour minimum wage, I just smiled.  Four years is a LONG time for him to campaign to replace Congressman Emanuel Cleaver in Congress.
He's gonna need alot of free headlines.  Like Donald Trump's race, it's far too early for details.

But now the news is reporting that Sly apparently read the state law, and perhaps had a "duh moment".  So now he is joining hands with union workers in St. Louis, and the new battle cry is "Raise the minimum wage across all of Missouri--to $15 an hour."  Coming soon to a red T-shirt near you. 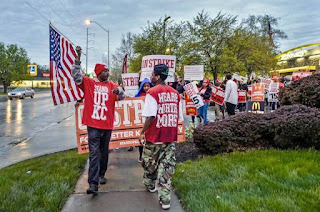 To my mind, Sly James' campaign is the best news that Johnson County has had in a long time. Because every business that CAN migrate across our itty bitty and oh so close State Line Road--into Kansas for regular minimum wages--will do so.

The truth is this.  The economy has not recovered from 2008.  Businesses large and small are doing everything in their power just to survive.  And they are holding off on actual hiring.  Because we don't trust Congress not to jack up the tax code and the labor laws even worse.  And let's not even go there regarding Obamacare.  It's too big to repeal, too hard to repair and too soon to tell.

The second Big Truth is: newbie workers are not worth $15 an hour.  Period.  It doesn't matter if you exclude kids, late teens.  A greeter at Walmart is not worth $15 an hour.  They don't earn their keep. It's nice that they hire retirees.  But really, what do they do but check for shoplifters and point toward the return desk?  I want falling prices, not rising ones!  A rising tide floats all boats.  Imagine having to raise everyone's salary because the new hires start at $15 and hurt morale.  What would really happen?  Work the people you have to death, that's what.  NO new hires. 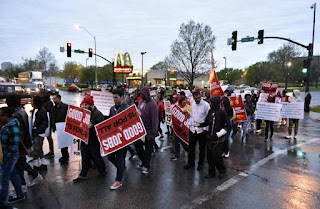 So please, Sly James.  LET THE MIGRATION BEGIN.  You keep wearing your red T-shirts and your red KCFD button down shirt.  And send ALL your businesses over to Johnson County--it's in the Red State. 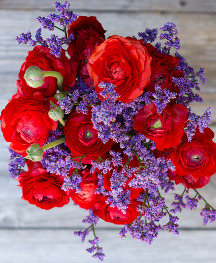