Commissioner Steve Klika lied to voters (yep, I went there--because I verified it 9 places, including a quote from the doublecrossing commissioner himself...at a BOCC meeting, it's on video.)  Klika was desperate to replace departing Dave Lindstrom.  He needed a job--and he got it: his $65,000 one day a week Thursday job in Johnson County government.  (He is a perpetually unemployed head-hunter who was also rumored to have traded his swing vote on the $32 million King Louie fiasco trying to get Ed Eilert to get him the job running the ATA.)

Three years ago, Klika promised everywhere he campaigned in southern Overland Park not to raise our taxes or vote for any new taxes UNTIL WE ADDRESSED THE NEED FOR A NEW COURTHOUSE.  Of course, the new budget does nothing about that.  This tax increase just feeds the kitty, the library and some parks way out south and west by Sunflower.

Commissioner Klika comes up for re-election in 2016.  (Unless Ks. Speaker of the House from there, Ray Merrick, scares him out of that race.)  But this Thursday, August 13, Klika will be the swing vote to raise your property taxes $67 a year--every year (based on the average $261,000 home).

The other swing vote up for re-election in 2016 is Commissioner Jim Allen, former long-time mayor of Shawnee.  Chairman Ed Eilert and Ron Shaffer from PV are the other two committed YES votes; they were just re-elected last November.  But Allen is less vulnerable than the unemployable Klika.

Of course, the County already has $114 million in reserves.  And they've raised our property appraisals 32% since 2004 (thanks to their obedient henchman, Mr. Always- Thumbs-Up, Appraiser Paul Welcome.)   Not our actual resale values, just their appraisals--which equate to higher taxes collected.  But there is currently a one vote margin for tax increases in this non-election year, as just demonstrated by the 4/3 vote to buy moldy King Louie, appraised BY the county for $430,000 but now refinanced for renovation for $32 million.  (The expected no votes, who opposed the huge waste on King Louie, the good guys, would be John Toplikar, Jason Osterhaus and hopefully, Michael Ashcraft.) 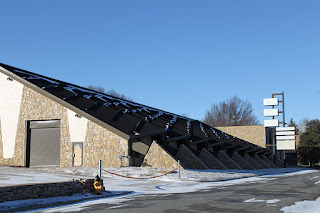 You may have already heard radio spots alerting you to this JoCo property tax issue. Those spots aired on both KMBZ stations the past month, 980-AM and 98.1FM, and were placed by the Singularis Group, a political ad agency at 67th & Antioch, (aka Ikea-ville!) on behalf of the Ks. Policy Institute, a Wichita-based think tank headed by Dave Trabert.   Heretofore, they've only worked on state and national issues.  So this JoCo campaign is a first. Good for them.  Finally, someone else putting their money where their mouth is.

I am not affiliated with them at all, never met them, in fact.  Their radio spots deal with the tax facts.  Whereas the mission of JoCoPost is to name names and walk you through the "what the heck??" with action steps that can save you money and grief.

Here is the 60 second radio spot airing on KMBZ

Here is the Pitch.com story by Steve Vockrodt
http://www.pitch.com/FastPitch/archives/2015/08/05/americans-for-prosperity-worries-about-johnson-county-tax-increase

Tell your friends.  And let's find someone else, with integrity, who wants a high dollar Thursday day job, and get Klika out of office.  Most of those homes are south of 135th St.
at 4:29 PM