Metcalf South was always gonna become a SuperWalmart. It WILL be. Only now, without your tax subsidies...

Today's heroes, in Round 1, are the quiet folk who toil for free on the OP Planning Commission, and the Planning Commission staff.  They had the courage to stand up to Stan Kroenke, the billionaire hubby of a Walmart heiress--and owner of five national sports franchises.  And say NO to his pathetic and dated little plan for the third biggest intersection in Overland Park, Metcalf South at 95th and Metcalf. 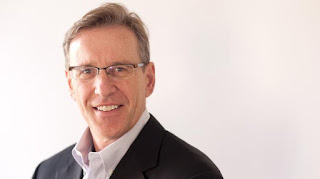 And of course the biggest loser is Kroenke's smiling, overconfident batboy, "Oily" Owen Buckley, the president of one of the worst landlords in JoCo, Lane4.  (more on that in a future post.)  He failed.  Big time.  The smirk has been wiped off his face.  And he slunk back to meet the great and powerful Kroenke, trying to keep his contract intact.

I told you so, Owen.  To your face.  At the end of your February "drink the purple Koolaid" community meeting at Matt Ross Center.  It was about as 'unstructured' as a Hillary Clinton Listening Tour.  You were all Little Opie, from the Andy Griffith Show.  "Gosh folks, we have no idea what this is gonna be.  Not a clue.  We are here for YOU to tell US!"

I was there as a volunteer for taxpayers, and as a volunteer with dozens of others, to offer better ideas.  We kept saying, "Don't close my movie theatre, the Glenwood Arts.  Incorporate them into your plan."  But of course we saw that your little meeting was all for show.   You only pretended to ask for input. As if some retired folks and starter families would have any ideas about multi-million dollar real estate development.  Which they didn't.  Or they might not still be living there next to your ugly fence.  They might have moved to the Blue Valley district where houses are appreciating dramatically.

It wasn't taped by TV, but as I recall, I said something like, "Are you kidding me?  Why would you ask us?  Why would you think untrained neighbors, with no wealth, and absolutely no training in land planning or development, have the answers for YOU?  Let's not kid ourselves.  This is gonna be a Walmart.  Period.  Your client builds Walmarts.  Period.  This is a tax grab.  You're the Music Man here to sell us some trombones, but this is all about you pretending that "but for" the city of Overland Park and the state of Kansas giving you tax breaks, you can't even afford to do anything with this property you just bought."

"You're here pretending you have no plan.  But I call hooey.  You have a plan, you just won't tell us. You don't spend this many millions of your rich client's money without having a plan.  You, Mr. Buckley, are not the owner. Mr. Kroenke owns at least 90%.  You just work for him.  And he is a billionaire.  He owns 1% of ALL Walmart stock in the universe.  Plus five sports franchises.  And his game is, he always wants to be subsidized by the poor taxpayers and neighbors."

"Stan Kroenke wants his hands in the taxpayers' pocket. That is his game.  Out of $108 million in current tax abatement deals Kroenke has done, $59 million was just to build Walmarts!<> He wants--and fully EXPECTS  a TDD/Tax Development District, just like you' at Lane 4 have done at Cherokee/95th &Antioch and elsewhere.  Raise the sales tax another 1%, but give that to YOU, to pay for the construction.   Waaaaaa. Poor baby.  And then your rich boss, Mr. Kroenke also wants and EXPECTS STAR bonds from the state of Kansas. "

Owen, you had ringed the room with your staff.  There were more Brooks Brothers suits leaning on the walls than they have in inventory at Brooks Brothers on the Plaza.  I never saw so many $80 haircuts in one room.  This was your little "we care" Kumbaya show.  And when the comments got too hot for you, you shut off the microphone.  It was time for Divide and Conquer.  Your Stepford staff swarmed in and broke us into "small groups of 10", just like kindergarten.  Rearranged the chairs.  And they pretended to take notes.

And then, honest to God, you served cookies and Koolaid.

Mayor Carl Gerlach sat right behind me. He looked ashen.  Tall.  But ashen.

The week after your Listening Tour, your team, aka the 'Blonde Sopranos',  booted the Glenwood Arts out of their space, telling Brian Mossman and his partners that you expected to start demolition a month later.  Gosh, how could you do that?  Without a plan approved by the OP Planning Commission and a permit?

Then you concocted the worst least inspiring ookie cutter real estate plan since Levittown after World War II. With a Walmart on the south side of 95th, where Macy's at Metcalf South stood.  And just as I predicted, in order to grab tax subsidies to pay for your construction, your crack team of architects drew a stupid little fountain about the size of an above ground pool in KCK, and called it a "unique attraction".  That was so you could go lobby some Kansas legislators for STAR Bond subsidies. Your architect even sketched 15 tiny little people walking around on the parking lot with those fakey trees.  I knew then, it was a fantasy.  Folks in JoCo don't stroll.

Let me tell you, Stan and Owen, we are onto that STAR Bond scam.
Cabela's built an antler museum inside their sporting goods store in KCK.  All of us Kansas taxpayers OWN it.  Inside of private property.  But I can't get anyone to admit who dusts the antlers.  I doubt that it is Sam Brownback.

Then there was Mission--that flood zone that was bulldozed about 10 years ago.  And still hasn't been built.  That was supposed to be an aquarium.  And then a Walmart.  It's still just an eyesore.

---
So now what?  Owen, you slunk away.  Praised us all for the great input.  And issued a statement that you were out on this deal.  Of course, that is all strategy as well.  Shakespearean drama.  This is just the end of Act One. Send the citizens out to the lobby for intermission, all worried!  What?  Another Mission empty hole?

The fact is: you have your retail zoning for the south half of 95th.  You don't need new zoning to build your Walmart there, just as you always intended.  Just some building plans.  And the Planning Commission will approve those.  Maybe fight you about which side of the Walmart will house the noisy air hoses in the automotive department.  (That happened in OP at 79th St. Walmart.  They secretly flipped the plans and built it before the inspectors caught it, (or were paid off).  And golly gosh.  So sorry.  Oh well.  Plant a few more bushes.  The 'mistake' got approved.  Because Walmarts generate sales tax.

Lane4 and Mr. Kroenke, you aren't stupid.  Just greedy.  Now you will have to just build it WITHOUT tax subsidies.

And for leverage, (a Trump word), you will now "punish" Gerlach and the OP Council, by announcing you will be closing the neighborhood Walmart by TJ Maxx at 91st and Metcalf, AND the SuperWalmart out south at the Blue Potato Chip at 121st.  Two anchor stores.

So on the northern half, here's my prediction.  No senior housing, luxury or not.  No little fountain.  You can either build more retail there yourself, that won't compete with Walmart, or sell it off to another developer.  My guess?  You have the prospective buyers lined up already.  I bet you even had them at hello in February.  In their Brooks Brothers suits.  Again, it's already retail, no new zoning needed.  As for the price, well you know what Walmart always says: 'Beware of falling prices!'  Stan Kroenke, even tho you own five sports teams, you gambled and you lost.  Next...